No wonder that many small businesses were planned and created during the enhanced community quarantine from March to August. While I disliked the idea of being forced to stay inside my room (they don’t have to tell me because I do it all the time; hence, it was draining compared with not going outside willingly), I took the opportunity to explore local alternatives that would satisfy my cravings (especially during my period! The struggle!) 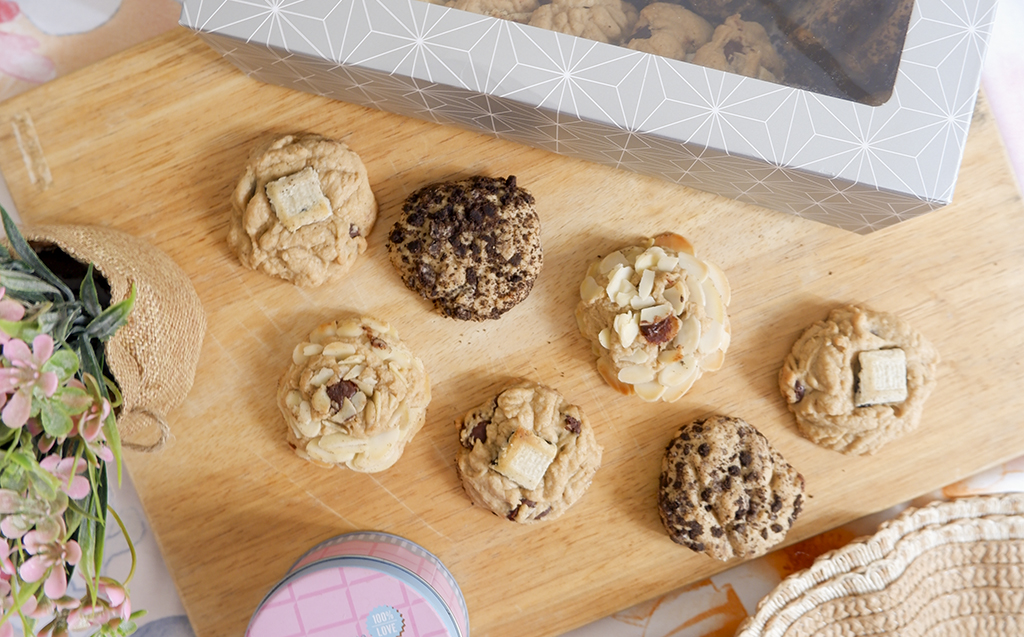 Carl, I’m not sure if it’s his real name, is a metal mutual (haha, did I use that term right?). He messaged me on Instagram, asking if I wanted to try their pastries. At first, I hesitated, but after looking through their products, boy oh boy did I crave cookies. I ordered five flavors (so five boxes with six cookies each) for my family: chocolate chips (PhP150), almonds, Oreo, Hershey’s white, and Kitkat (each box of six premium cookies costs PhP170). Almonds became an instant favorite.

The delivery was expensive because they were from Valenzuela (and I’m from Rizal), so when there was a delivery for a customer in Cavite, I joined. This time, I ordered their love box, which consists of 30 cookies, 10 per flavor you chose (PhP900).

Theirs isn’t too sweet, just right for my palate. One box of thirty cookies was gone in two days. The owners were also accommodating of my questions, and they appreciated every feedback from their customer. 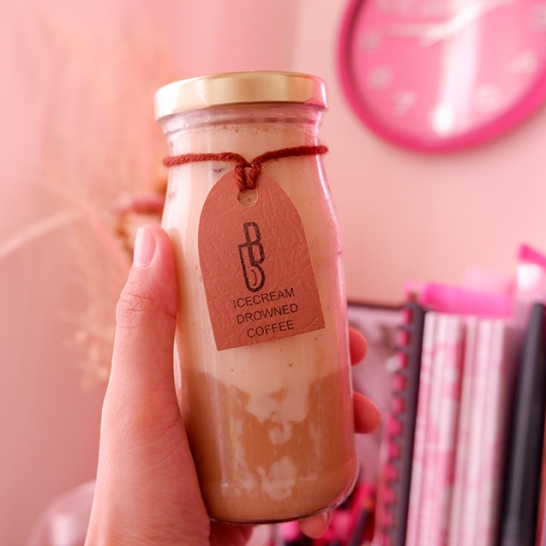 I am not entirely sure how I got to their Instagram profile, but I think it started after I posted a picture of Carl and Ellie’s cookies, with hashtags #supportsmallbusinessph, #pinoyfoodie, #foodbloggerph, #foodph, #supportlocalph. on Instagram (and yes, this is how hashtags help businesses). They messaged me there, asking me if I wanted to try their sandwiches.

I wasn’t a fan of sandwiches, but I still browsed their page out of curiosity and found out that they serve kimchi musubi (PhP280 for three pieces). I tried it along with creamy choco crinkles (PhP155). I tell you: I instantly became a fan. I told them that, but also mentioned that the creamy choco crinkle wasn’t already creamy when it arrived; I said it was okay because I understand how far Binangonan was, but they insisted to send me a free drink with my next order (I tried their ice cream drowned coffee next). Who couldn’t resist ordering another one?

Ken, a coauthor, advertised that his brother was mixing cocktail drinks on Twitter. The drunkard in me told me that I just had to order five (char, I don’t drink anymore, but I miss having funny moments when I drink with my friends). The picture above is their zombie drink, and believe me when good memories of someone I was trying to forget magically appeared, forcing me to call my best friend and cry like a baby. Haha, pucha ewan ko ba. I’m so funny when I’m drunk.

So yes, recommended for me. I needed the pain to be able to write something, you know, heart-wrenching. So the next time I hurt you, my readers (next to Last Full Show), it’s actually a product of thinking about these memories as I drink Bubba Gulp’s zombie.

I got the opportunity to taste their pastries for free as a member of When In Rizal. They sent me choco avalanche fudge brownies, classic cinnamon rolls, and chocolate chip cookies. Check my review here.

But of course, I had to order mine because I badly wanted to try their cookies and cream cinnamon rolls (PhP320). Swear, their pastries are perfect for merienda, joined by a cup of tea or coffee. You may not finish all pastries in one seating, but I swear, when you heat the cinnamon rolls for 20 seconds after refrigerating it, the bread becomes more flavorful. The same goes for the brownies (PhP180), but chilled.

One thought on “All About the Food I Ordered While Stuck Inside: Carl and Ellie Pastry, Big Burps, Bubba Gulp, and Bread and Bunny’s”

What are your thoughts? Cancel reply

This site uses Akismet to reduce spam. Learn how your comment data is processed.