So, yes, this is a long overdue blog. I don’t even remember the details anymore, haha! I have so many blogs lined up that I have forgotten about the “to blog” folder.

Here’s what Bakebe PH in SM Aura Premier looks like.

My friend Dianne and I chose to celebrate the last day of my birthday month (Imagine, this was almost a year ago) at Bakebe PH. I specifically chose Shakespeare Chocolate Cake since (1) I’m a writer, though I am not sure how that is connected . . . maybe because of the quill and (2) it’s chocolate.

It took us an hour or so to finish the cake, but since we enjoyed making it, time just passed by. We even committed mistakes, haha! Anyway, I’m just here to dump my pictures. My full experience can be watched on my YouTube channel.

I am planning to go there again and try other recipes, maybe during my birthday month again. 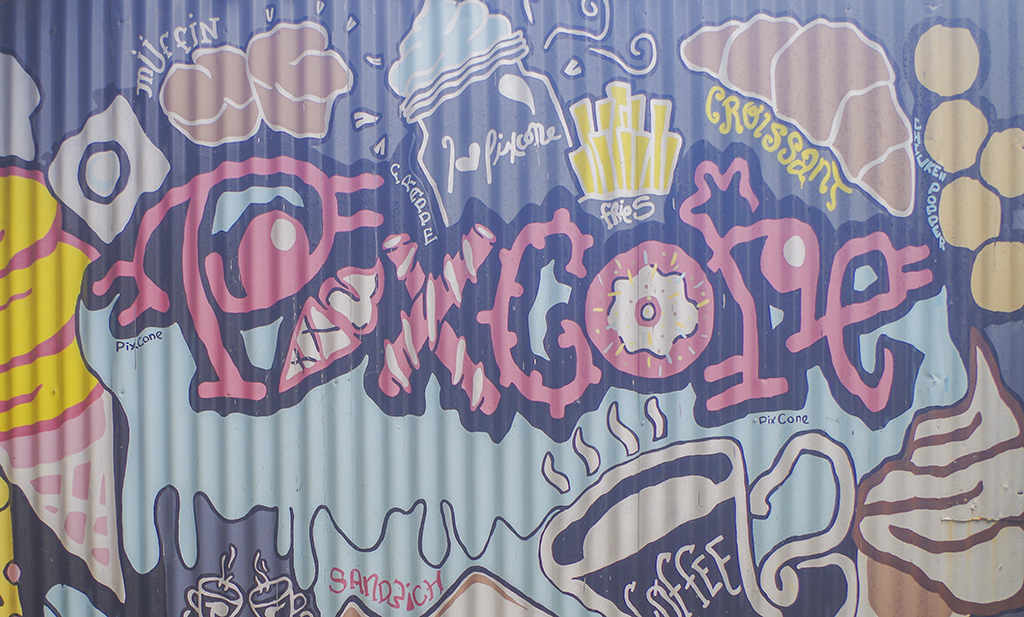 I’ve been looking for instagrammable spots around my town and was lucky to discover Pixcone in Taytay, Rizal, an ice cream shop near a hospital where my father and I are “frequent, loyal customers.” Really, why have I found this only now?

Lucky for me, I only had to cross from Primark Town Center in Cainta to Gen. A. Ricarte Street and find tricycles that could lead me to Pixcone. From those coming from the side of SM City East Ortigas, there are Taytay-Cainta jeepneys that could take you there. Ask if they can drop you off at Taytay Doctors or anywhere near it, as Pixcone is just a minute away. 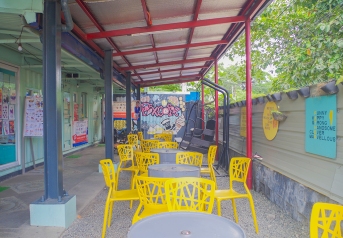 They had two floors, enough for a surge of students coming from the center of Cainta. No worries if you prefer to eat outdoors, as there are also tables and chairs for dine-in guests. 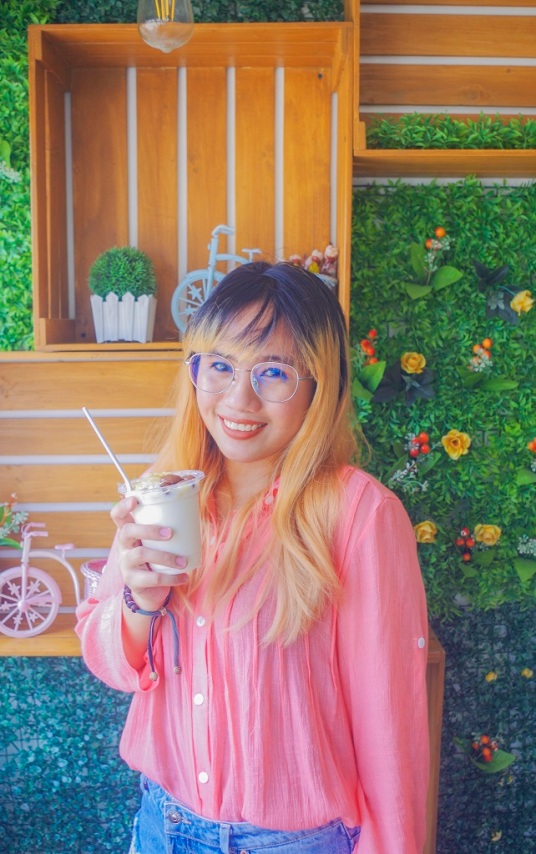 Inside are more playful colors, with used electric-fan parts decorating the light bulbs. One part contained a wooden platform, with cute decorations on the wall perpendicular to it, though I’m not sure of its purpose. Performances, probably?

The second floor seemed to be a favorite spot among the students. There were more seats for group studies, a bookshelf, more murals, and pastries. 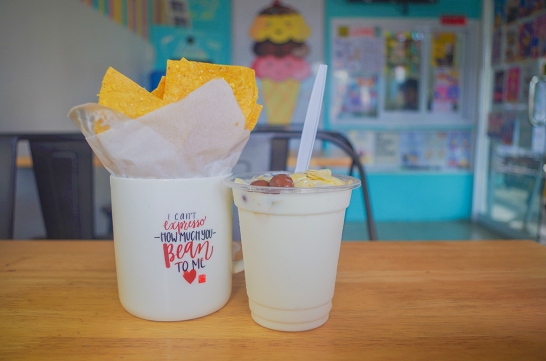 The choco almonds sundae (Php 69) plain and simple, but I enjoyed it nonetheless as almonds were my favorite. Paolo’s mojos (Php 88) was also worth a try, although I would have ordered a warped waffle, only if my diet allowed me to. An 8/10 for both. 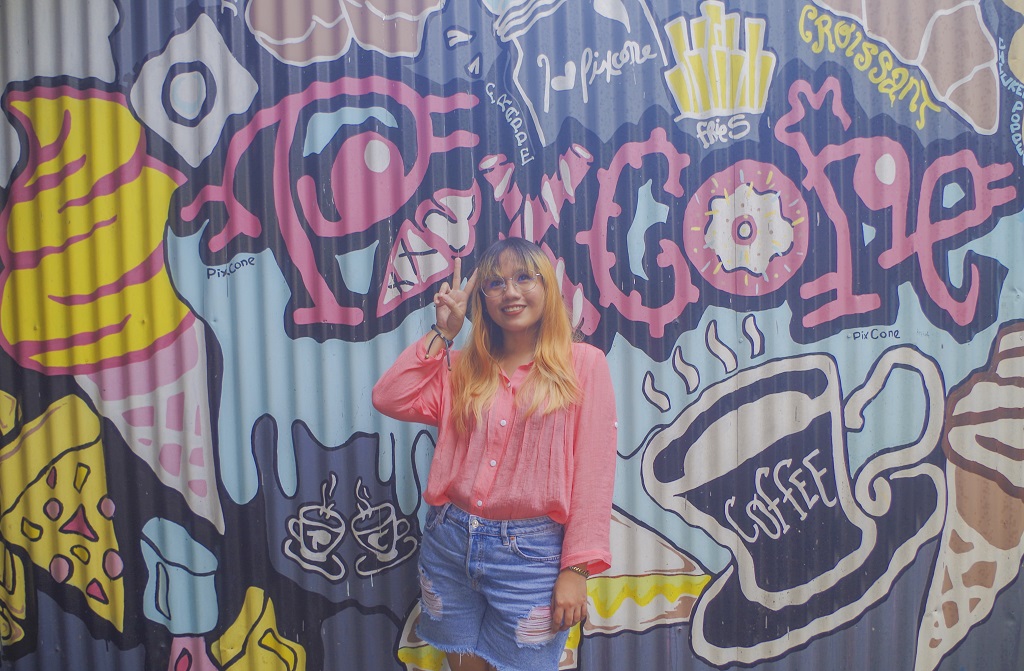 The first time I heard of The Lost Bread, I thought it was a bakery. But after coming across one stall in SM East Ortigas and knowing that it serves french toasts and its main product are sub-zero milkshakes . . . I now wonder its origin. Why “The Lost Bread”? Did the founder happen to crave a certain taste of french toast and was not able to find it in existing stores and made one? I know some stores are named after their owner, their product, or their mascot, but what is in their name?

I’m really curious. I even searched for their webpage for their history. Nada.

I was able to find the answer in their SM Megamall branch though. Their menu says,

Our name, The Lost Bread, is a direct translation of the French word pain perdu . . . more commonly known as french toast. . . . French bread goes stale, hard or is “lost” quickly. A few hundred years ago, the less fortunate scavenge for these stale bread thrown out by rich families. The bread is soaked in egg and milk before frying, making them easier to chew; thus, the birth of the french toast!

Anyway, there are bigger The Lost Bread stores. I was just enthralled by this particular store in SM East Ortigas because of a story I was writing. When I had the chance, I also visited their Megamall branch. 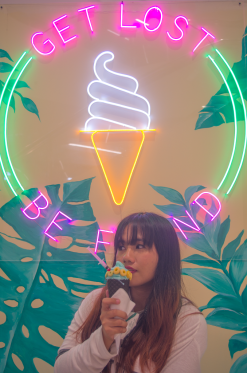 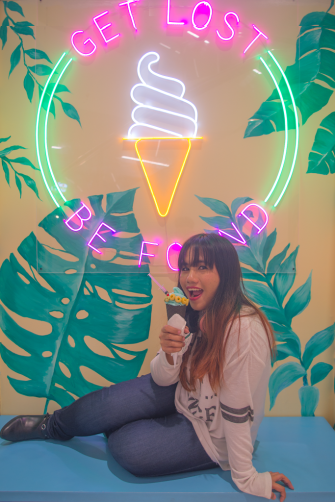 Compared with SM Megamall’s The Lost Bread, this one’s smaller. But what sets this apart is their beautiful neon mural.

I haven’t taken a closer look in the menu of their SM East Ortigas branch, but their branch in SM Megamall serves rice meals. Also, the venue is much bigger, hence more seats and more people in the kitchen. 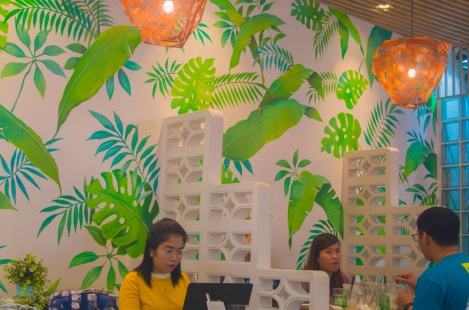 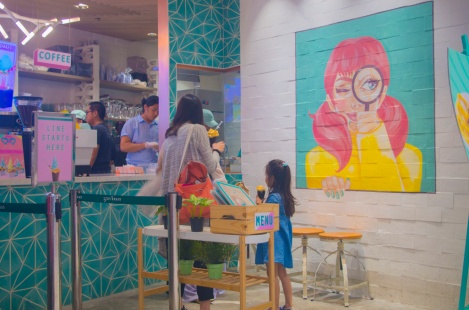 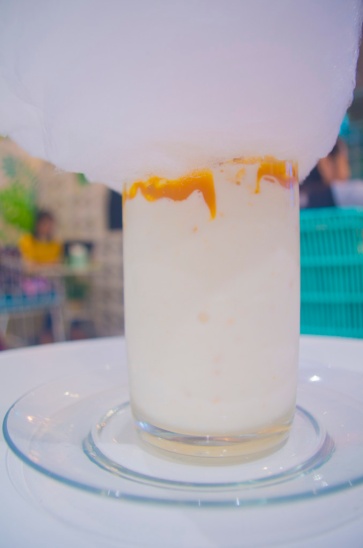 Their ice cream cone and their bestsellers The Carousel and The Carnival cost Php 95, 295, 180, respectively. Though they are all sweet and very instagrammable, I think they are too pricey for desserts. Among the three, my favorite would be The Carousel, but I won’t order it again without anything salty to partner it with.